The photo exhibit “Salute to WWII Flying Tigers in China” was on display in the Capitol Hill Rayburn Foyer on November 13-14, 2014. This exhibition depicts the historical events of the Flying Tigers in some 200 photos in 48 free standing retractable banners.

"The outstanding gallantry that the Flying Tigers displayed during WWII is a source of tremendous pride throughout America and is a highlight of U.S.-China relations," said Rep. Royce. "I encourage all to attend this exhibition for the brave pilots and technicians that were willing to sacrifice everything in the name of freedom."

"Flying Tigers" is the name for the American Volunteer Groups (AVG), China Air Task Force (CATF) and the Fourteenth Army Air Force (14th AAF), all of which were under the command of United States Army Lieutenant General Claire L. Chennault during the World War II campaign to defend China against invading Japanese forces. The Flying Tigers are notable for their large volunteer presence and distinguished combat record, credited with 296 enemy aircraft destroyed. In 1996, the United States Air Force awarded the Flying Tigers pilots the Distinguished Flying Cross and the ground crew with the Bronze Star Medal.

The exhibition is the work of Mr. Pedro Chan, a long-time collector and donor of Flying Tigers items. Mrs. Anna Chennault, widow of LTG Chennault, is an honorary sponsor of the exhibit. 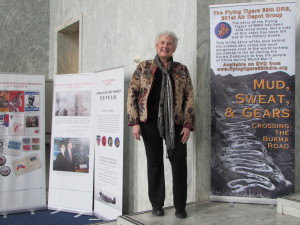 Susan Makris and the 69th Banner 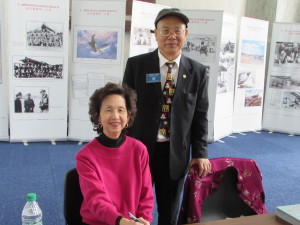 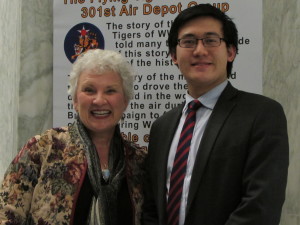 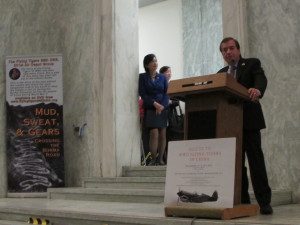 US Representative Ed Royce speaks to visitors at the exhibition. 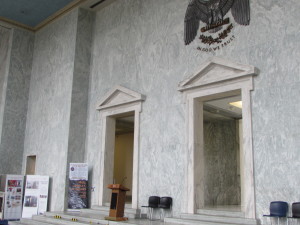 We're currently offline. Send us an email and we'll get back to you, asap.

Type and press Enter to search